The U.S. EPA Design for the Environment (DfE) Program developed the Alternatives Assessment Criteria for Hazard Evaluation as a transparent tool for evaluating and differentiating among chemicals based on their human health and environmental hazards.

The DFA method defined the majority of hazard endpoints and the concept of a hazard table that are used by other methods.  DfE does not provide a single score based on the hazard endpoints.  DfE is not currently supported by toxnot.

GreenScreen® for Safer Chemicals is a method for chemical hazard assessment developed by the NGO Clean Production Action and designed to identify chemicals of high concern and safer alternatives.

GreenScreen is comprised of three main steps: assess and classify hazards, assign a GreenScreen Benchmark™ score, and make informed decisions. To assess and classify hazards, list-based information and the scientific literature are reviewed and hazard scores assigned to 18 human health and environmental endpoints. A set of criteria are then applied to derive a single score which can range from GreenScreen Benchmark-1 – “Avoid – Chemical of High Concern” to Benchmark-4 – “Prefer – Safer Chemical”.

The GreenScreen List Translator provides a “list of lists” approach to quickly identify chemicals of high concern.  It does this by scoring chemicals based on information from over 40 hazard lists developed by authoritative scientific bodies convened by international, national and state governmental agencies, intergovernmental agencies and NGOs.

While List Translator provides an effective way to screen out known hazardous chemicals, an assessment based on GreenScreen is more comprehensive and can be used to identify safer alternatives. List Translator is currently supported by toxnot and scores include LT-1, LT-P1 and LT-UNK.

QCAT was developed by the Washington Department of Ecology as a method for small and medium businesses.

QCAT is based on GreenScreen methodology and follows a similar approach to derive an aggregate score, but evaluates a smaller set of hazard endpoints and uses a smaller set of data. GreenScreen Assessments should be considered preferred to QCAT assessments due to their broader scope.  QCAT is owned and maintained by the Washington Department of Ecology. 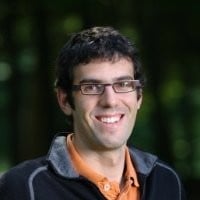